Inventory of The Catholic University of America Photograph Collection

Some notable photographs from the 1930s include: 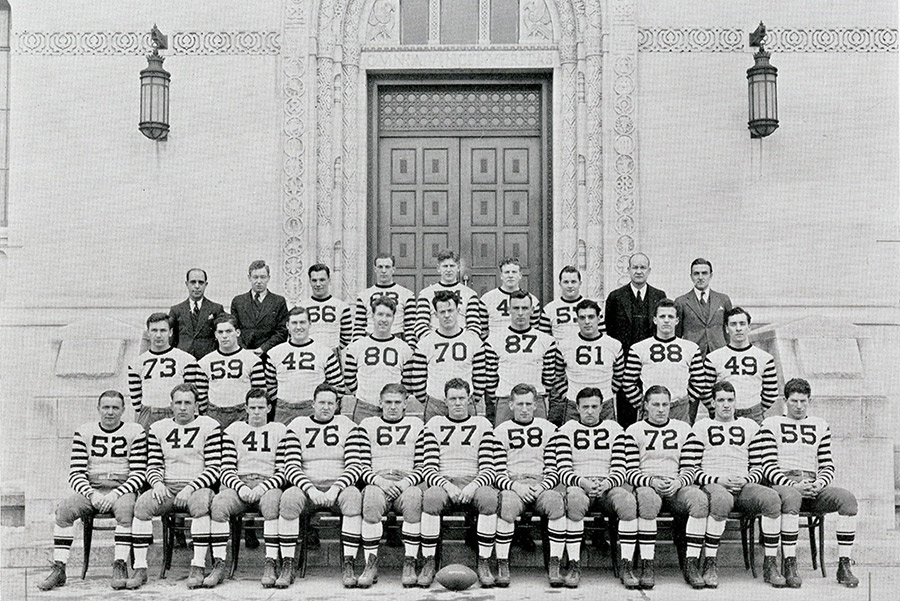 Caption: Photograph of the 1936 football squad on the steps of the John K. Mullen of Denver Memorial Library. On New Year’s Day 1936, the CatholicU Cardinals narrowly defeated Ole Miss 20-19 in the Orange Bowl championship.