Special Collections Resources Related to the History of Mexico

A list of resources related to the history of Mexico from Special Collections, The Catholic University of America. 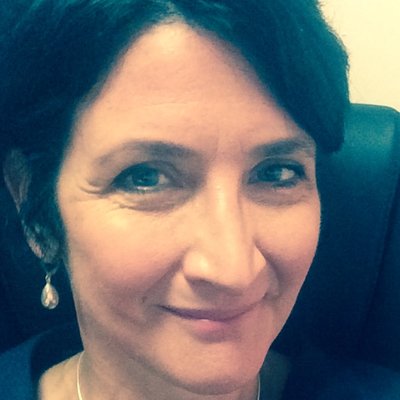 The NCWC/USCCB is the organization of American bishops in the United States. It was established in the early twentieth century first, to meet the needs of Catholics during the Second World War, then became the single most important national organization in the American Catholic Church in the twentieth and twenty-first centuries. The General Secretary, as chief executive officer of the NCWC's Administrative Board, not only directed the work of the Executive Department, otherwise known as the Office of the General Secretary (OGS), but also supervised the operations of the other departments and coordinated the multiple activities of the various NCWC units. 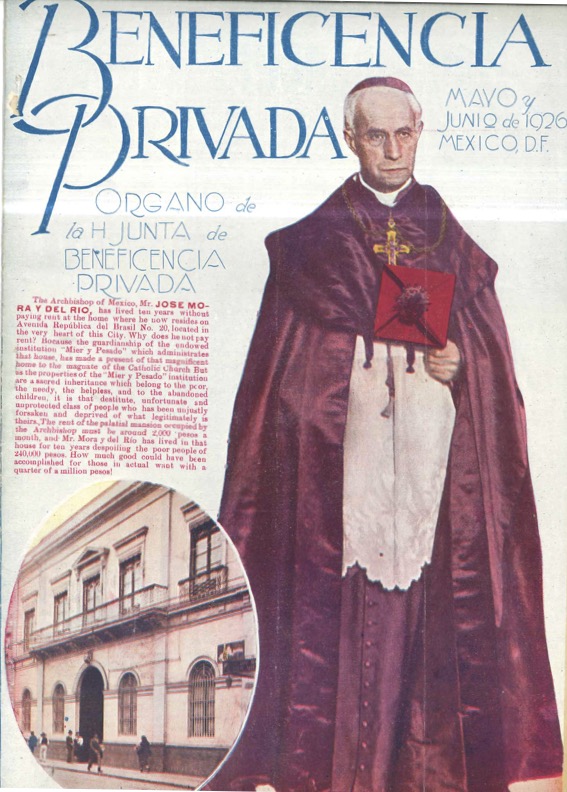 The “Mexican Files,” which span the years 1921-1981, are comprised of 7 boxes of material, subseries 1.4 within the OGS records. These materials related to Mexico were removed by NCWC staff from the main body of the files of the Executive Department/Office of the General Secretary. These files appear to have been given special treatment due to the precarious position of the Church in unstable Mexico beginning in the 1920s, which was of special importance to the American bishops. Records include card files and interview books, general correspondence, specific files on the Montezuma Seminary and the Pious Fund of the Californias, and miscellaneous publications. Note that he NCWC/USCCB/OGS files can be searched generally via a control + f search (PC) or a command + f (Mac) search to find other Mexico-related records.

A list of the NCWC/USCCB/OGS Mexican files can be found in the finding aid here.

The NCWC/USCCB Legal Department was established as one of the five founding departments of the early NCWC/USCCB. Records include general administration files, subject files regarding congressional matters, education, foreign/international relations, organizations, social security, states, taxation, and tenure of church property, and miscellaneous publications and proceedings.

The finding aid for the NCWC/USCCB Legal Department can be found here.

One of the original departments of the National Catholic Welfare Council/Conference (NCWC), the Department of Social Action was established to promote the social thought of the Roman Catholic Church and to interpret, under the guidance of the bishops, applications of that thought to the complex social questions of the world. It operated primarily as a service department for Catholic lay organizations, the Catholic press, schools, religious, and laity. It also served as a clearinghouse for the dissemination of the most progressive thought in the field of social action. There was a special focus on industrial, international, and interracial relations as well as rural life, social work, and the study of communism. The principal tools in this effort were the papal encyclicals and statements of the American bishops on social and economic matters. Soon after its creation in 1919, the Social Action Department began to sponsor addresses and lectures, publish books and pamphlets, and conduct conferences and institutes.

Specifically, boxes 5-6: Series 4: Records relating to the Inter American Catholic Social Action Confederation, 1945-1952 pertain to Mexico (2 Boxes). Additionally, the control + f (PC) and command + f (Mac) searches can be performed for other materials within the records.

The NCWC/SAD finding aid can be found here.

Established in 1920, the NCWC Press Department provided the Catholic press, radio, and eventually television in the United States and other countries with news, editorial, feature, and picture services gathered and prepared by professional journalists and released under the names NCWC News Service and Noticias Catolicas (in Spanish and Portuguese for Latin America).

Both services were designated by the abbreviation (NC) and the former later known as the Catholic New Service (CNS). Administrative files include correspondence, general subscriber files, obituary files for prominent Catholics, and miscellaneous publications and press releases.

The 63-box finding aid to the collection can be searched using the control + f (PC) or command + f (Mac) for various Mexico-related records.

The NCWC/CNS finding aid can be found here. 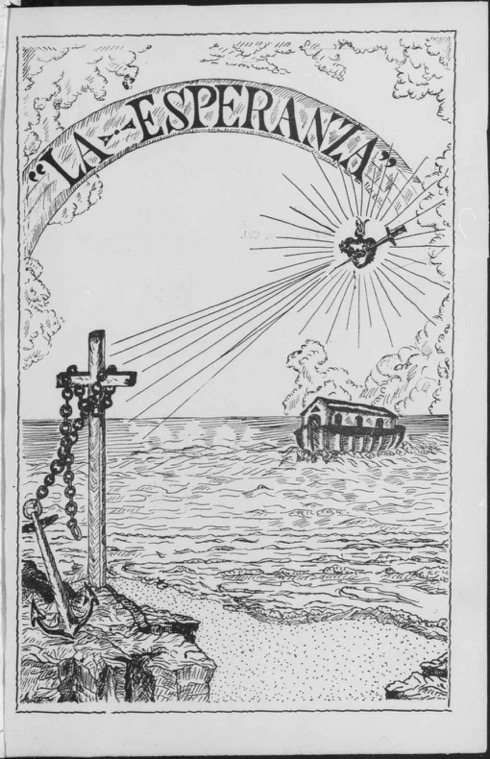 A link to the Catholic News Archive can be found here.

Agustin Iturbide y Green, grandson of Emperor Iturbide I, was born in Mexico City during the French occupation of the country in 1863. Desiring a Mexican heir, Emperor Maximilian I, an Austrian by birth, arranged to adopt the younger Iturbide, then two years old, in 1865. Following the collapse of Maximilian's regime in 1867, Agustin was reunited with his birth parents in Havana, and resided with his mother in the United States until 1875 before leaving to study in Brussels. Agustin remained in Europe for many years before returning once again to attend graduate school in Washington, DC. He was awarded a master's degree in Linguistics from Georgetown University in 1884.

Iturbide returned to Mexico in 1887 to enter the Military Academy in Chapultepec. Although he had aspirations for a storied military career, his outspoken nature was ultimately self-sabotaging. Indeed, his criticisms of the Diaz regime in both a New York newspaper and in personal correspondence resulted in his being court-martialed in 1890. Convicted of insubordination, he was sentenced to one year in prison and was subsequently exiled. 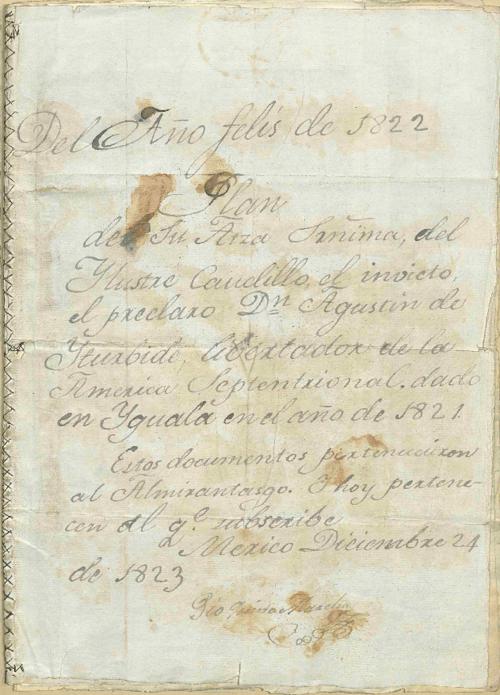 Financially ruined, and grieving for his mother, who passed away during attempts to salvage the family fortune, Iturbide moved to Rosedale to teach Spanish and French at Georgetown University. It was there, however, that he met Louise Kearney, who would become his wife in 1915. The Kearneys were a prominent Washington family that emigrated from Ireland in the late 1700s.

Iturbide continued to teach until his death from Tuberculosis in 1925. Louise Kearney lived the rest of her life in a small P Street apartment and became friends with Catholic University procurator Msgr. James Magner, to whom she entrusted this collection in 1957.

This collection contains original documents from the Iturbide family from Emperor Agustin Iturbide I's reign until the death of his grandson, Agustin Iturbide y Green (1863-1925), including correspondence, Mexican governmental documents, military medals and coins, newspapers, magazines, and portraits. The Kearney section contains correspondence and portraits from Louise Kearney, Iturbide's wife from 1915 until his death.

Note that this collection is digitized and all of the links to the digitized documents are in the finding aid.

A link to the Iturbide-Kearney papers' finding aid can be found here.

A link to the digitized Iturbide-Kearney papers can be found here.

William Montavon (1874-1959) was a U.S. commercial attaché in Latin America before he was appointed in 1925 as the director of the legal department of the NCWC. 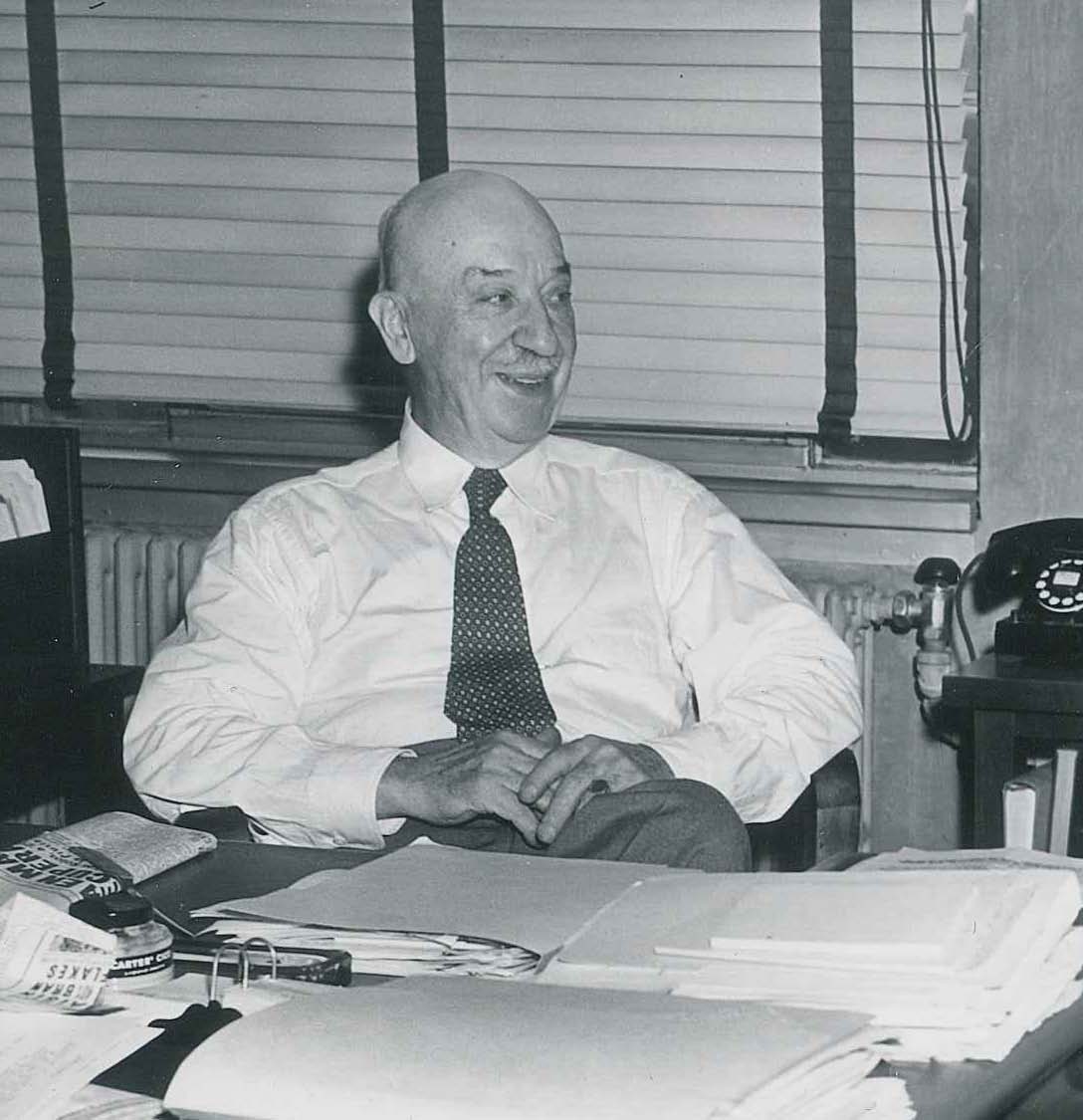 During his tenure, he worked to raise awareness of the turmoil caused by civil war in Mexico, as well as the problems of other Latin American countries. He later travelled with NCWC General Secretary John J. Burke and Archbishop Ruiz to Mexico, and was instrumental in helping ease the tensions between Church and State there.

A link to the William Montavon papers' finding aid can be found here.

The  National Council of Catholic Women (NCCW) was established in1920 as an initiative of the Lay Organizations Department of the NCWC. One to three women represented each of the 114 dioceses of the time.  As the first federation of Catholic women's organizations, the NCCW was able to provide a unified voice for the thousands of independent Catholic women's organizations that existed in the United States, to offer resources for united actions, to ensure official Catholic representation in national movements, and to stimulate the local efforts of the women's organizations.
Records span 1917-2000 and consist of administrative records and minutes, correspondence, national and international project notes, publications, photographs, and scrapbooks.

While there are over 200 boxes of records in this collection, one can do a search for Mexico-related materials; specifically, series 7 (International Organization Affiliations, 1919-1984), boxes 111-142 (especially 115-116) contain materials related to the NCCW’s involvement with international organizations.

The finding aid can be searched for Mexico-related materials using the control + f (PC) or command + f function.

A link to the NCCW finding aid can be found here.

Catholic Charities USA (CCUSA) is a national association of local and diocesan Catholic charitable agencies founded as the National Conference of Catholic Charities (NCCC) on the campus of The Catholic University of America (CUA) in Washington, D.C. in 1910. The organization, which became CCUSA in 1986, has grown into one of the largest social welfare associations in the nation, and currently has 1,735 branches throughout the United States.
This expansive and diverse assemblage of records displays nearly a century of national Catholic commitment to social thought and activism and consists of correspondence, minutes of the board of directors, committee and legislative files, surveys and studies, photographs and publications.
Specifically, Box 37 has several files from ca. 1940s, but a control + f (PC) or command + f (Mac) search reveals a few more.

A link to the CCUSA finding aid can be found here.

Other collections contain fewer but some Mexico-related materials, which can be found doing the control +f (PC) or commend + f (Mac) searches:

The National Catholic War Council: Responding to the challenge of World War I, American Catholics led by Father John J. Burke created the National Catholic War Council, the forerunner of the NCWC/USCCB. The War Council of 1917 represented the first coming together of American bishops in voluntary association to address great national issues affecting the Church. The records concentrate on the years 1917 to 1921 and contain files of Bishop Peter J. Muldoon, Chairman of the NCWC Administrative Committee, and those of Father John J. Burke, Chairman of the Committee on Special War Activities (CSWA).

A finding aid to the National Catholic War Council can be found here.

Catholic Daughters of the Americas:  The Catholic Daughters of the Americas (CDA) was founded on June 18, 1903 by the Knights of Columbus in Utica, New York. The organization's motto is "Unity and Charity" and its goal is the preservation of the faith, patriotism, charity, and the spiritual and intellectual development of Catholic womanhood. (109 boxes)

The Catholic Daughters of the Americas finding aid can be found here.

The Daughters of Isabella finding aid can be found here.

Beyond the finding aid/folder/files names: portions of the collection contain Mexican related materials. Eg: Board meeting minutes. Files related to “Latin America,” etc.
We have some collection materials related to Mexico in our more recent Latin American files. Some of these are time-restricted. Others are in box listings that are not yet online. Just contact us to find out more about these.

The Archivist's Nook: Blogposts/Videos related to the history of Mexico

Two Emperors and a Baby: The Strange Journey of the Iturbide-Kearney Papers

The World is My Parish--Monsignor James Magner

In 1940, Msgr. James Magner was appointed to The Catholic University of America where he served in various capacities including Assistant Secretary Treasurer, Director of the University Press, and Vice Rector for Business and Finance. In addition, he was a founder of the Institute for Ibero-American Studies at Catholic University and an occasional lecturer until his retirement in 1968. He spent the remaining years of his life in Palm Beach where he served as a visiting priest in local parishes and remained a member of the Catholic University Board of Trustees. In 1952 he was awarded the title Knight Commander of the Order of Isobel la Catolica by the Spanish government and in 1957 the Vatican created him a Domestic Prelate with the title of Monsignor.

The large, unprocessed, Msgr. James Magner collection has about 176 objects that he acquired in Mexico. These range from some random dolls and paintings to pre-Columbian artifacts potentially of Toltec, Mayan, and Aztec origins.

You can learn more about Msgr. James Magner by reading The World is My Parish – James Magner, and this collection description.

Rare Books related to the History of Mexico

A selected list of texts from our Rare Books collection related to the history of Mexico can be found here.